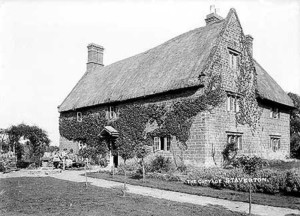 The name Staverton means “staved town”. In the Doomsday Book of 1086, Staverton is mentioned as Stavertone.

Before the early part of the 18th century, the original village was located behind the church. However, in 1720 a fire broke out which caused damage, destroying many haystacks, stables, grain stores and 22 houses. The total loss was thought to be around £3,000. The result of this was that the village received, via a bequest from Elizabeth Darby, a fire engine. This came into commission in 1767, was kept in the village until quite recently and was later housed at the Daventry museum. A plaque can be seen on a door opposite the village green to this effect.

The village has a manor house, situated at the end of Manor Road and thought to have parts originating possibly from Anglo-Saxon times. It is only one of many examples of vernacular architecture in the village. There is an interesting window detail at The Stables in Manor Road. A datestone above the window reads R.R. 1684.

Within the village, Well Lane runs parallel to the main A425. It has been conjectured that this was a much earlier approach to the village. The deeply banked sides to the lane bear testimony to it being an ancient right of way. Possibly, with the increase in coaching traffic from the west, the present A425 route was chosen in preference.

Along the western boundary of the parish runs the now-disused railway, the last mainline railway to be built in Britain. It was constructed by the Great Central Railway Company between 1894 and 1899 and ran from Nottingham to London Marylebone. A mission was established for the navies in the village in a barn situated on the corner of Manor Road and Glebe Lane. This is now part of a private residence.

The Catesby tunnel is situated to the west of the Parish. At 2,997 yards, was the longest tunnel on the Great Central’s route to London, the last of the mainline railways to be built by the Victorians. It was originally planned as a cutting, but due to it running through a wealthy land owners estate, it was insisted that the cutting be turned into a tunnel. It was designed as an ‘egg shape’ tunnel with eight ventilation shafts along its length. (for more information and photos, click here). 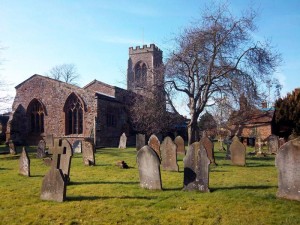