2.1    In accord with the Daventry District Council Neighbourhood Plan Project Plan template the following steps were taken;

2.2    Contact was made with Daventry District Council regarding possible Neighbourhood Plan application

2.3    At a meeting in December 2014 Staverton Parish Council decided to set up a working group to progress the production of the SNDP.

2.4    January 2015 Staverton Parish Council called for volunteers from the Parish to form a   working group.

2.5    March 2015 a letter was sent to Daventry District Council requesting designation of a Neighbourhood Area for Staverton Parish.

2.6    May 2015 Daventry District Council confirmed the Neighbourhood Area Designation and the consultation of residents process commenced at the Annual Parish Meeting.

2.7    June 2015 notification was received from Daventry District Council that the application for SNDP has been approved.

2.8    The volunteer working group met for the first time in April 2015 with five Parish members whilst the Daventry District Council consultation for designation of the neighbourhood area was undertaken.

2.9    The working group then held the first formal meeting on 30th June 2015 to establish a strategy to produce an SNDP.

2.10  July 2015 informed by feedback from the community, the group commenced work to produce a parish questionnaire.

2.11  August 2015 funding from Locality was applied for and a draft questionnaire was      developed

2.12  October 2015 this funding was secured and the questionnaire was completed.

2.13  November 2015: A consultation event at the village hall was planned to introduce the SNDP and to consult with the parishioners on the draft questionnaire.

2.14  Details of liaison with landowners and the ‘call for sites process’ is detailed in the site assessment document available at www.stavertonparish.com/councils/staverton-neighbourhood-development-plan/.

2.15  Details and minutes of meetings held with all landowners/developers are available at www.stavertonparish.com/councils/staverton-neighbourhood-development-plan/.

2.16    December 2015 work on a village confines map commenced, and the Parish boundary map was approved by Daventry District Council.

2.17    January/February 2016 work on the village Confines Map continued along with work on the questionnaire and the proposed consultation event.

2.18    March 5th 2016 a second consultation event was held in the Village Hall to present all the work to date and provide an opportunity for the Parishioners to question group members about their roles, and the process and purpose of developing the Plan.

2.19    April 2016. The extensive 10 page questionnaire was distributed to all properties listed on the electoral role, and also to businesses within the parish.

2.20    April 2016 the questionnaires were collected two weeks later to allow time for proper consideration.  An impressive 67% response rate was achieved.

2.21    May 2016 the consultation questionnaire responses were recorded and analysed. Reference to that information, including the base data, was made at every key stage to inform the SNDP in terms of:

1. What is the housing need in Staverton Parish?

2. How much and where might new housing be located?

3. What is important to residents when considering new sites for housing?

4. How do we ensure that we meet the sustainability requirements?

1. What is important when considering the local environment?

2. Is the infrastructure of the village sustainable?

3. What are the concerns of the village?

1. What is the education need in Staverton?

2. Which of the village amenities are most used?

3. What are the priority services considered to be for Staverton Parish?

2.22    Throughout, at all the meetings of the working group/committee/Parish Council key notes/formal minutes were taken and posted on the Parish website www.stavertonparish.com/councils/staverton-neighbourhood-development-plan/.

2.25    Work continued on the proposal to hold a third consultation event specifically to assist in identifying potential development sites.

2.26    A presentation was developed and approved by the group for delivery to the Parishioners.

2.27    October 1st 2016 the third consultation event was held in the village hall to present the analysed conclusions from the questionnaire responses.   Parishioners were then given the opportunity to vote on possible development site preferences on either the 1st October or the 6th October. The voting process was regulated against the electoral role, on both occasions.

2.29    July, August and September 2016 work continued on the production of Goals, Objectives and Policies underpinned form the analysis of the questionnaire.

Approved up to here

2.33    The structure and framework of headings in the SNDP documents were agreed.

2.36    March 2017 A draft of numbers, size and mix of properties needed in Staverton was   compiled by the committee from detailed analysis of the Parish Questionnaire.

2.37    A further review of the potential identified sites was undertaken. Deliverability of sites against the draft Staverton Neighbourhood Development Plan was undertaken

2.40    April 2017 – The Staverton Neighbourhood Development Plan committee met with    landowners and developers to establish deliverability of the preferred development sites

2.41    An update of where the committee were in the process of the production of the Staverton          Neighbourhood Development Plan was given at the Annual Parish Meeting

2.42    External consultants (AECOM) were engaged to assist the council in the process of site        selection.

2.44    July/Aug/Sept 2017 Further consultation with landowners and an in depth site           assessment was undertaken for the six potentially identified sites. External consultants           (AECOM) were engaged to undertake an independent report regarding (1) Suitability of sites for inclusion in the plan (2) Review of the Parish Council’s sites assessment          statement. Following receipt of the AECOM report the Parish Council selected two sites       to go forward in the plan.

2.45    October/November 2017 The Parish Council engaged external consultants Kirkwells to undertake a consultation event regarding the proposal to include within the plan allocated sites, where the sites would be and any community benefit on offer or to exclude the selection of sites.

2.46    In-depth consultation was undertaken. A Parish Council newsletter was given to every      household (Appendix ??)  in the Parish detailing a balanced argument on the pros and           cons of having sites within a neighbourhood plan and how by having robust policies how the village growth can be influenced.

2.47    A further consultation event, facilitated by Kirkwells Consultants, was held where residents were presented with displays of the         adopted Vision and Objectives for the plan (produced directly from your answers to the Parish Questionnaire). Draft policies to support these objectives were displayed and questions were invited from the floor.  In attendance were also the representatives of the proposed two sites to be included in the plan.

2.48    Sixty five residents attended the event. Kirkwells, the Parish Council consultants answered the many technical questions that were asked, and clarified the reasons why sites were being considered. The developers representing the two proposed sites were also in attendance and answered questions from the floor.

2.51       Subsequent to the consultation exercise showing without doubt the village would like to          see some development to address the housing need (78%) it was agreed the policies     within the plan would support limited sympathetic development to meet acceptable     established local needs particularly for Affordable Housing within or adjacent to the     confines of the village.

2.52       With the Parish Councils consultants assistance, the first draft plan was produced and sent off for a Health Check. (to whom?)

2.53       An area of specific concern was when so near to the end of the plan making process        DDC published their consultation on the Settlements & Countryside Local Plan (Pt 2).        As a result the plan was cross checked against the emerging policies and amendments      made

2.54       Staverton Parish Council in December 2017 engaged external technical consultants to      undertake a Health Check of the draft plan before it was subjected to the regulation 14     process and submitted to DDC.

2.56       Staverton Parish Council also circulated the plan to DDC Development Management    Team for comment to be back in mid January 2018.

2.57       February 2018 the draft plan was amended in light of comments received from DDC         Development Management Team and the independent consultant and sent for printing

2.58       Mid February 2018 publicity put up around the Parish – posters and pavement boards to      highlight commencement of regulation 14. Email sent to all interested parties, with     statutory and local connections

2.59       End of February letter, response form and executive summary of plan delivered to every household in the Parish

2.61       Mid April –     Consultation responses decided on and included in Consultation Statement and amendments made to draft plan.

2.62       May 2018 plan sent to DDC along with Basic Conditions Statement and Consultation Statement.

2.64       Thereafter DDC will arrange for an independent examiner. This may mean a wait of 3     months. The plan may also have to be amended in the light of the examiner’s comments.

2.66       It is the intention of the Parish Council to have a review/refresh of the document once          adopted every four years after the plan has been made (one in a term of office). 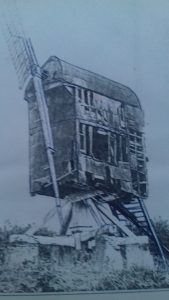